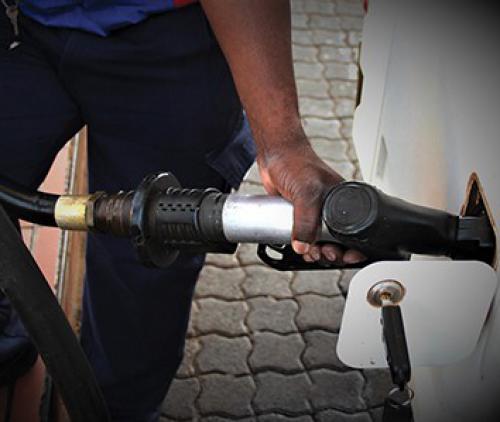 Locals might might have to tighten their Christmas shopping belts this year. People face a dim festive season ahead if the current pace of fuel price increases is sustained in the two months ahead says Dawie Maree of FNB Agric Business.

Reeling from steadily increasing fuel prices since May this year, residents who had been hoping for some respite from further hikes are out of luck for now. This week, prices increased to record-breaking numbers.

According to the National Association of Automobile Manufacturers of South Africa (NAAMSA), this increase is once again the result of “the rising price of crude oil, compounded by exchange rate depreciation resulting in record prices of fuel at the pump”.

The slight relief of no increase during September, due to a brief intervention by the government, has been followed by massive hikes this month. These increases mean that a litre of 95 octane petrol now costs R17.08, while all diesel went up by R1.24 per litre. Paraffin is up by R1.39 per litre and gas by R1.79 per kilogram. Residents, who have already commented on the financial impact of the previous increments, are now left concerned about the impact this latest hike will have on their way of life as well as their ability to commute as much as their families require. People are unimpressed with the fuel-conserving tips doing the rounds and are more concerned about rumours of more increases to come.

In an interview with Jacaranda FM’s Martin Bester, Layton Beard of the Automobile Association of South Africa (AA) unofficially predicted a further increase next month. “In terms of the outlook of the fuel price,” he said, “the trend as we have seen it is most likely to increase in November as well.”

The Department of Energy (DoE) stated that fuel prices were adjusted monthly in South Africa. They said that international factors included the fact that South Africa imported both crude oil and finished products at a price set at international level, including importation costs such as shipping. They cited the current rand-to-US-dollar exchange rate as a further reason for the exorbitant hike in the fuel price this month, as well as the increase in the price of crude oil from US$74.25 to 78.25 per barrel.

Other contributing factors stated were the unwillingness by the Organisation of Petroleum Exporting Countries to increase their production output and the negative impact of the season's hurricanes on petroleum infrastructure in the US during the period under review. They continued, “Furthermore, the looming sanctions against Iran oil exports by the USA will put more pressure on crude oil prices”.

Not only residents of Louis Trichardt are worried. The AA has named the country’s economic policy as the culprit and referred to the October increase as “catastrophic”. Head of marketing and information at FNB Agric Business Dawie Maree stated that it would be small businesses and poorer households who would bear the brunt of this increase as their transport costs accounted for a large portion of their household expenses. He said that these sustained fuel price increases would “further erode disposable income and cause financial stress”. Maree continued that locals were facing a dim festive season if the current pace of fuel price increases was sustained in the two months ahead.

Jo joined the Zoutpansberger and Limpopo Mirror in 2018 pursuing a career in journalism after many years of writing fiction and non-fiction for other sectors.