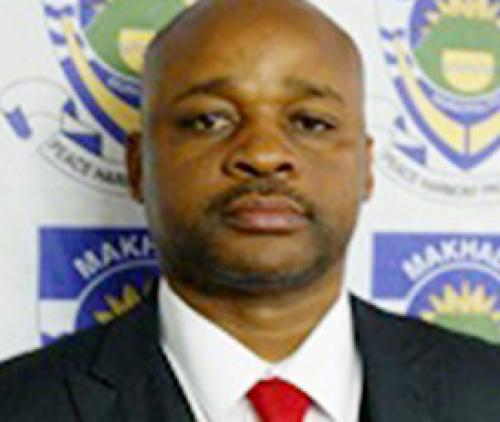 During Tuesday’s special council meeting of the Makhado Municipality, the decision was made to suspend the former acting municipal manager, Johannes Kanwendo, provisionally in connection with the VBS investment scandal. A motion to remove the mayor, Cllr Mildred Sinyosi, failed after the councillors were asked to vote on the matter.

The Makhado Municipality came under a lot of pressure the past months to act against officials and councillors responsible for investing R155 million since 2016 in the mutual bank. When the bank was placed under curatorship earlier this year, the outstanding balance owed to the municipality stood at just over R62 million.

Last week, the ANC’s integrity commission recommended that all its members implicated in the looting of the bank should step aside while the investigations were continuing. Even the ANC Youth League in Limpopo released a statement saying that the mayors of municipalities that had invested in VBS should resign.

None of this was on the cards during Tuesday’s council meeting and the scapegoats were seemingly to be found among the officials authorising the transactions. This can prove to be slightly problematic, seeing that the first investment (R15 million) was made in mid-2016. In 2017, three further investments were made, totalling R140 million. During this period, the chief financial officer (CFO) was Mikateko Palesa Makhubela. She resigned early in 2018 to take up a position at the Greater Tzaneen Municipality, where she is still the CFO. Currently, the acting CFO at Makhado is Godfrey Raliphada.

In December last year, Freddy Tshivhengwa was appointed as municipal manager (MM). His appointment followed a prolonged period of uncertainty, after Sakkie Mutshinyali was suspended. Mutshinyali vacated his office at the end of 2016, when the situation apparently became unbearable. He later argued that he was the victim of a campaign by the newly appointed mayor to get rid of him.

Before Tshivengwa’s appointment, different officials acted as MM. On 17 October 2017, Chris Kharidzha was listed, but for most of 2017, Johannes Kanwendo’s name appeared next to the title of acting MM.

The question as to who had signed off on the investments is rather important. The municipality’s investment policy prescribes that municipal funds must be invested in more than one institution, to limit risks. The CFO must obtain three quotations. The MM is accountable for all transactions entered into by his or her designates. The day-to-day handling of the investments is the responsibility of the CFO.

Based on documents that became available, VBS Mutual offered the municipality a much higher interest rate than the commercial banks. The officials, as well as the council, seemingly ignored National Treasury’s warning that for a municipality to invest in a mutual bank was illegal.

When the Reserve Bank appointed a curator to investigate what was happening at VBS Mutual Bank, an affidavit was filed in the High Court. In this affidavit, Anoosh Rooplal, the curator’s representative, referred to the payment of “commissions” to officials and politicians to entice the municipalities to invest in VBS. Rooplal described these as “bribes”. To try and hide these payments and not make it show up in VBS’s statements, a separate company, Robvet, was set up to handle the payments. Robvet’s overdraft stood at R8,43 million before it was “cleared”.

At Makhado Municipality, Mikatelo Makhubela’s name appears on the documentation authorising the investments, but not the MM or any acting MM. The other signatures are those of more junior officials and, in one case, the acting CFO, NR Radzilani.

The responsibility of the councillors, and especially the mayor, is also set out fairly clearly in the council’s investment policy. “Council has a responsibility to invest public funds with great care and are liable to the community in that regard,” the policy reads.

During Tuesday’s council meeting, the only “culprit” named, was Johannes Kanwendo. He now has seven days to respond and supply reasons as to why he should not be suspended. This did not go down well with opposition parties and their representatives argued that the mayor must take responsibility for what had happened.

The Democratic Alliance’s Cllr Geoffrey Tshibvumo said that the ruling party continued to defend the indefensible. “The mayor has shown no intention to deal with the VBS saga. She continues to defend the illegality of the deposits made to VBS. She should have acted a long time ago,” he said. Tshibvumo said that the continued refusal to act resulted in a municipality where employees thought they could perform malpractices, and nothing would be done to them.

He said that the ruling party would continue to defend corruption and all the anomalies by using their power of numbers inside the council. “The DA caucus in Makhado will not rest until all the people who are involved in the VBS saga are held accountable,” he said.

Cope’s representative in the council, Cllr Edward Malema, said that they believed this provided a perfect opportunity for the council to prove to the ratepayers that the cancer of corruption did not have a place in society any longer. He warned that the provisional suspension of Kanwendo should not be seen as the final step the council had taken in dealing with the matter. “Service delivery has been compromised to a degree where there are no projects taking place. Makhado Municipality needs new political and administrative leadership,” he said.

The EFF members were very critical of the role the Speaker of the council, Cllr Lindiwe Mohale, played during Tuesday’s meeting. EFF Cllr Anthony Matumba accused the Speaker of turning the council into her own spaza shop. “She removes items on the agenda on her own and also takes illegal decisions which favour herself and those close to her,” he said.

Matumba said the EFF’s view was that the municipality must wait for a forensic investigation to be completed. “Those who are implicated must face the law,” he said.