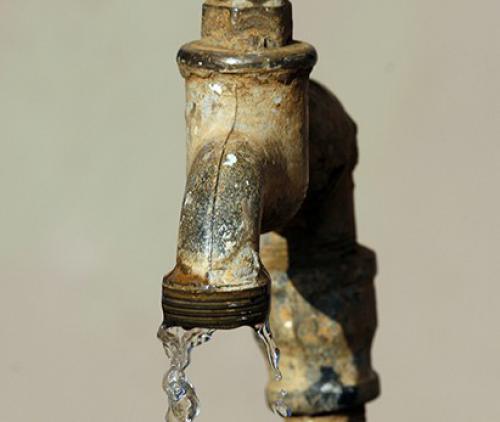 Despite many promises, a lot of residents in Louis Trichardt and surrounds still do not have access to their constitutional right to water - at least not on a frequent basis. Judging from past experience, a lot of residents will probably have a dry Christmas.

Not so festive season with no water

One Louis Trichardt resident has become so desperate and hopeless after having no water for weeks that she is seriously considering selling all her possessions and moving out of the district.

Betsy Bruwer, who lives in Flamboyant Street, told the Zoutpansberger that she was currently spending R250 per week buying bottled water and she simply could not cope with this extra outlay.

Many residents are currently without water, with the municipality either ignoring queries or blaming the current water outage on the Eskom load shedding that ended two weeks ago. People are not impressed by the sporadic claims by the municipality that water shortages will be a thing of the past after completion of whatever latest water scheme they have in progress, usually costing millions of rands and eventually having little or no effect on the water supply in the Vhembe District.

Local Democratic Alliance representative Brian du Plooy announced on Tuesday morning that it had come to his attention that a new problem existed with the town’s water situation. He stated that: “There is a massive leak on the main pipeline coming from Albasini. This seems to have been there for at least two days. Nobody is inspecting the mainline on a daily basis.”

This information does not bode well for the water situation. One resident told the Zoutpansberger that she could not remember when last she had had water coming out of her taps all day. “It comes on for a few hours every day and then it goes off again.” She makes use of a small tank that she purchased. Not everyone can afford to pay for water tanks, though. Betsy said that she most certainly could not, and that if the water did not come back on soon, she could not pay an extra R1 000 per month for bottled water as she was currently paying.

“The reason given was that the water shortage was due to the few days of load shedding that we had,” said Betsy. “That was just another excuse. It can’t take two weeks to get over load shedding.”

Betsy told the Zoutpansberger that, even though the municipal water truck was in her street, it barely stopped and that she was unable to get water that way. The fact that our Constitution states that everyone in South Africa has the right of access to sufficient water and that the Constitution also requires that the State take reasonable measures to achieve this right does not make any difference to the fact that Betsy and many other residents regularly have none.

People are very tentatively hopeful that with the truth coming to light concerning the appalling mismanagement of the municipality, and with new mayors in place for both Vhembe and Makhado, something will finally be done to address this issue once and for all.

Jo joined the Zoutpansberger and Limpopo Mirror in 2018 pursuing a career in journalism after many years of writing fiction and non-fiction for other sectors.