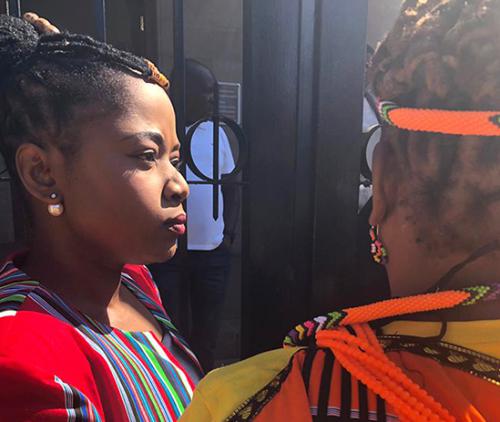 Toni Mphephu Ramabulana is, for now, no longer the king of the Vhavenda. The Supreme Court of Appeal delivered its ruling on Friday morning, declaring former President Jacob Zuma’s ruling that he be declared king invalid.

The Supreme Court judges found that the former president’s decision was unlawful, unconstitutional and invalid. The decision of the Mphephu-Ramabulana Royal Council to identify Toni Mphephu Ramabulana as the incumbent was set aside because it was based on a criterion that promotes gender discrimination. The court ruled that the Traditional Leadership and Governance Framework Amendment Act places an onus on the parties to progressively promote gender representation.

The case will now have to go back to the Thohoyandou High Court where a judge other than judge Ephraim Makgoba will have to adjudicate the merits of the case.

In the court order, the country’s president and the Limpopo premier are instructed to refer certain issues of customary law to the Limpopo House of Traditional Leaders and the National House of Traditional Leaders for an opinion and advice. These Houses must advise the High Court on measures that are in place for the adaptation and transformation of the principle of primogeniture by the traditional communities, in line with the requirements of the law.

The highly controversial case served before the Supreme Court of Appeal (SCA) in November last year. In the case, Masindi Clementine Mphephu, the daughter of the late Paramount Chief Tshimangadzo Mphephu, contested the Vhavenda kingship/queenship. She opposed the decision of former President Zuma to appoint Toni Mphephu Ramabulana as king of the Vhavenda. Her legal team argued that she was discriminated against because of her gender.

The case served before a full bench of judges in Bloemfontein on Friday, 30 November. The judges were Presiding Judge Maya, along with Judges Swain, Mathopo, Mocumie and Mothle.

The case ended up with the SCA after Judge President Makgoba ruled against Masindi in December 2016 in the Thohoyandou High Court. He was not impressed by the arguments presented and he questioned whether the applicants had exhausted all other avenues, such as the Commission on Traditional Leadership Disputes and Claims, to resolve the dispute. He was also not convinced that the issue of male primogeniture was central to the case. Masindi’s legal team appealed his ruling.