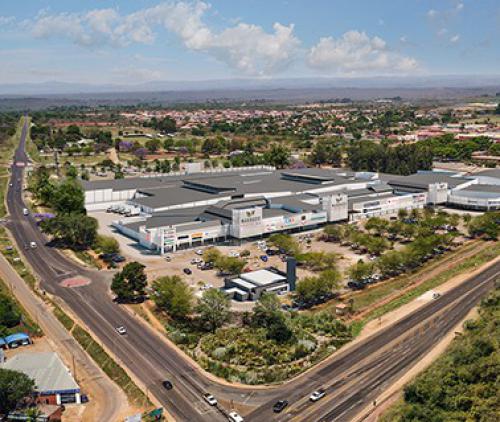 An artist's impression of the new Makhado Crossing mall upon completion. Image supplied.

If all goes according to plan, Louis Trichardt’s own regional mall will open its doors by the end of November this year as part of the current expansions to Makhado Crossing.

Construction of the new mall started early last year with the Masingita Group of Companies as the developer.

Responding to a media enquiry, the Masingita Group of Companies said this week that, as of 10 April, they had completed approximately 70% of the superstructure. They confirmed that the grand opening of the mall will be on 21 November this year. “Completion of the refurbishment of the existing mall will be in 2020,” said the company.

The main contractor assigned to this almost R400 million development project is CMC Koch. “Sub-contracts will be awarded on a tender basis,” said the company.

The main anchor tenants in the new mall will include Pick n Pay, Checkers, Woolworths and Dischem. “Our confirmed tenants in addition to the above are ABSA Bank, Standard Bank, Mr Price Group, Truworths Group, Pepkor Group en Clicks,” said the company. The extension project will add an additional 17 000m² to the existing 14 000m² of Makhado Crossing shopping centre.

As part of the expansion process, several of the town’s sporting codes had to be relocated from the municipal sporting grounds adjacent to the existing mall. As part of the deal, new facilities had to be built for these clubs, including the rugby and jukskei clubs. These clubs have already moved into their new premises along the Thohoyandou road.

The town’s squash club, as well as the hall housing, among others, the town’s wrestling and gymnastics clubs, has yet to be relocated. Regarding this, the company said that they were busy with ground works on the land allocated by the municipality for the relocation of the clubs next to the municipal pool.

More good news is that the Crazy Store in the existing Makhado Crossing, which was destroyed by a fire a couple of weeks ago, is due to reopen for business on 15 June this year.

As of 10 April, approximately 70% of the new mall's superstructure had been completed.