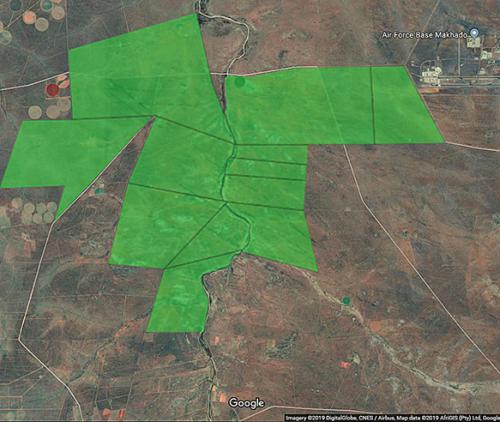 Landowners in the Bandelierkop area have more time to comment on the proposed prospecting-right application submitted by Red Kite Environmental solutions.

The proposed prospecting-rights application is for the farms Onlust 339 LS, Leeuwdrift 342 LS, Waerkum 302 LS, Welbedacht 346 LS, Vergenoeg 347 LS, Arras 1222 LS and Welkomthuis 343 LS, as well as portions of the farms Grutz 308 LS and Annaskraal 341 LS. The proposed project area is 34 km south-west of Louis Trichardt and 20 km north of Bandelierkop. The extent of the area proposed to be prospected equates to 9 951.20 ha and the minerals to be prospected for will be chromite, nickel, copper and cobalt. “Following prospecting, the drilled holes and disturbed areas will be rehabilitated,” stated Red Kite in their presentation.

The proposed project entails three diamond drill holes up to a maximum depth of approximately 400m, as well as the establishment of three site camps (432m³ total), including an equipment storage area (100m³ total), drill sites (75m³ total), and ablution facilities (portable toilets) (6m³ total). Clearance of vegetation (432m³ total) will also be required for the establishment of the drill sites, site camp and ablution facilities.

Red Kite held a meeting with landowners about the proposed prospecting-right application on 24 April at the Adam’s Apple Hotel. From the onset, however, the meeting was characterised by confusion. Landowners did not know whether they attended an information session or an actual public-participation meeting as required by law. Numerous important documents were also not made available to all the affected landowners, which included a full copy of the basic assessment report (BAR). Some affected landowners only received notice that they could register as an affected party after the closing date for registration of 10 April. “It is my opinion that interested and affected parties have not received moral or ethical fairness in respect of public participation,” said one landowner, Mr Kenneth Ball. He was referring to the method and effectiveness of the notifications by the environmental consultants (Red Kite), as well as inconsistencies in the information provided to interested and affected parties.

Following the 24 April meeting, Red Kite themselves applied for an extension of time to the Department of Mineral Resources (DMR) for affected parties to study and respond to the BAR. Last week, Red Kite send out an email informing all interested and affected parties that an extension was granted. “This email serves as notification that the DMR has granted an additional 50 days to finalise the BAR and relevant supporting documentation, including the Public Participation Report. As such, a second 30-day commenting period will be provided for on the BAR. Commenting will commence on 15 May 2019 and will end on 13 June 2019 as the last day for commenting,” said Red Kite.

Persons wishing to view the BAR can go and inspect the hard copy at the municipal library in Louis Trichardt. An electronic copy of the document can furthermore be downloaded by following the link: https://www.dropbox.com/sh/r8914uivagkycom/AACeTZSui-Z0LgsEx-0Wl7fza?dl=0.

Ms Erika Helm, agricultural representative for the Bo-Brakrivier Farmers Association, said on Tuesday that the extension automatically meant landowners now had more time to study the BAR and comment. “It also gives Red Kite the opportunity to get their processes in place,” said Helm.

Red Kite also indicated that they will schedule a second public meeting. “The date of the public meeting will be communicated as soon as confirmed and will fall within the 30-day commenting period,” said Red Kite.

In response, Helm denied knowledge of such a meeting. “We’ve received no notice. They must remember that notice must be given well in advance. When the public meeting does take place we will, however, have it recorded as the first Public Meeting as the 24 April meeting was as per our view merely an information meeting,” said Helm.