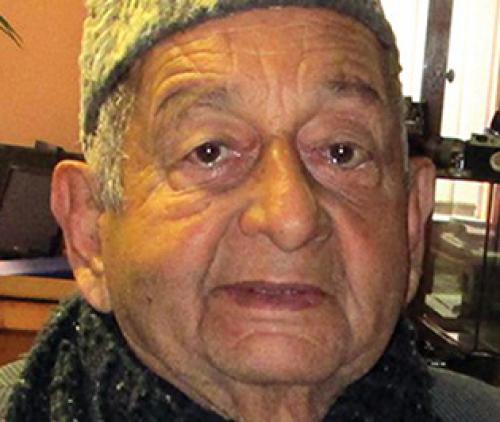 Well-known local philanthropist and humanitarian Mr Amie Chhaya passed away peacefully at his home in Eltivillas, Louis Trichardt, on Saturday, 15 June, at the age of 88 years.

Born 24 January 1931 in Standerton, Amie moved to Louis Trichardt at the age of 12 after his father bought a business from the Khojas family, later to be known as Kay’s Fruit Shop in the then Trichardt Street (approximately where Clicks is situated today). He himself was a local business owner for many years.

Although he had been wheelchair-bound the past year or so, he was in relatively good health. “After the death of my mother, Kulsum (82), just over two years ago, my father was mainly confined to his house. He still went to mosque, although sometimes finding it hard, struggling with arthritis,” said son Dr Mohamed Chhaya.

The late Amie Chhaya was affectionately known as the Minister of Blankets, mostly for his unselfish humanitarian work among the poor and destitute. Both locally and abroad, many benefited from his tireless efforts to help those around him. Locally he assisted with the Helping Hand and Rainbow Blanket projects. Nationally and internationally he assisted with relief efforts. For example, he assisted the Gift of the Givers in Mozambique during the floods of 2000. He also extended a helping hand to victims of the tsunami in southeast Asia in 2005. Numerous examples exist of Amie’s relief efforts.

“It was a sad Father’s Day on Sunday, not only for our family, but for many others in Limpopo. He was a father figure to many, including communities, churches and orphanages,” said granddaughter Fatima Cassim. “His actions always matched  his values; they were made visible through his actions,” she added. Son Mohamed agreed saying that his father had always dedicated his resources and more importantly his time to the needy.

Apart from his humanitarian work, Amie also served the community on a political level. He formed part of Louis Trichardt’s first democratically elected town council after the country’s first democratic elections in 1994 and served as ANC councillor for more than two decades. The ANC Vhembe Region secretary Adv Anderson Mudunungu expressed his condolences to the Chhaya family. “The late Adam Chhaya was a community builder and a human rights activist. He was our ‘Blankets Minister’ and the ANC is proud that he touched many hearts of the poor, jobless and homeless by giving them blankets and food, especially during cold winter months like now. We pray that his soul rest in peace,” said Mudunungu.

Condolences to the Chhaya family were also extended on a national level. “It is with deep regret that we learnt of the passing on of our beloved Adam Bhai. His work in Limpopo and selfless sacrifices in uplifting the downtrodden and poor is his legacy. He served without fear or favour and was always vocal on the organisations he served. I am also aware of his financial sacrifices. His passing on leaves a void. I will cherish fond memories of his sincere pleas at Tamcom meetings for the upliftment of oppressed peoples,” said Mr Salam Abram Mayet, a retired ANC member of parliament.

“My dad was an exemplary gentleman who embodied the spirit of Ubuntu. Through my personal interaction with friends and society, I observed the tremendous impact of his generous spirit and caring nature,” said Mohamed. Fatima said that her grandfather firmly believed that the well-being of the community as a whole was more important than that of an individual. "Despite being from a previously disadvantaged community, he remained an active citizen in society. He instilled so much of hope in us, his grandchildren, and certainly led by example," said Fatima.

“Among his many admirable traits, he focussed on reconciliation and bringing people together. He was evicted in 1981, yet he still kept his bond and friendship with people from the old dispensation. He always tried to instil the importance amongst all races and people of different socio-economic backgrounds,” said Mohamed. “He was very much a mediator,” added Fatima.

“My father was very spiritual. He always believed that the best way to serve the Almighty was to serve your fellow men,” said Mohamed.

The Chhaya family extended their heartfelt gratitude towards the Louis Trichardt community for the messages of condolences and words of support during this difficult time.

On of the highlights of the Mr Amie Chhaya’s life (right) was to meet former President Nelson Mandela (left) shortly after the country’s first democratic elections in 1994. Photo supplied.