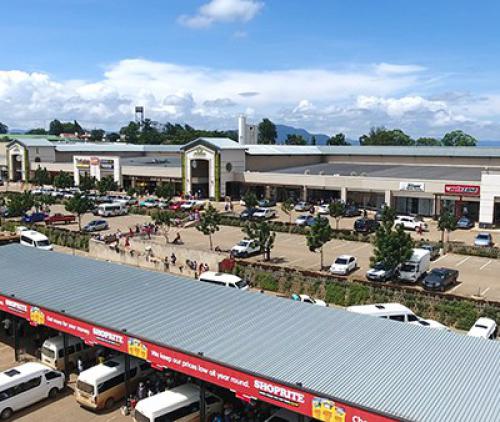 The Elim Mall is set to grow by 40 stores early next year.

The Elim Mall may soon boast a number of new brands, such as Spur, Nando’s and other major retailers. The mall is getting a R120 million expansion, which will see approximately 40 new stores added to the existing 73 stores.

Ryno de Leeuw, chief operating officer of Twin City, says the six-year-old mall's 20 000m² will be extended by another 10 000m² gross leasable area (GLA). “This is in line with our strategy to dominate a region from a retail perspective, as well as addressing the warranted development potential indicated by the recent opening of the Elim Value Centre and McDonald's.”

The project is undertaken in partnership with the well-known Tlakula family in the area, who have been partners of Twin City since the mall opened in 2013.

According to the developers, the new phase will offer new sit-down restaurants and water features, along with a focus on the commuter market - an integral link in the success of the development. About 200 parking bays will also be added to the expansive exterior.

“Construction for the phase-two development of Elim Mall is planned for early next year, and there is already growing enthusiasm among new tenants. This interest is driven by market demand and established relationships between Twin City and national retailers,” say the developers.

An exciting line-up of new shops will join existing anchor tenants such as Shoprite, Boxer, Cashbuild, major retail banks and a filling station. This further complements the recently opened Elim Value Centre across the road, which includes Hi-Q, Builder’s Warehouse and AutoZone, also expanding the already strong mix in the node.

“This expansion of Elim Mall is sure to attract growing followers of the Venda Art Route on the R578 in this picturesque part of Limpopo. The local community and the neighbouring regions can look forward to an even wider state-of-the-art retail experience at Elim Mall, a trusted name in the community,” the developers say.