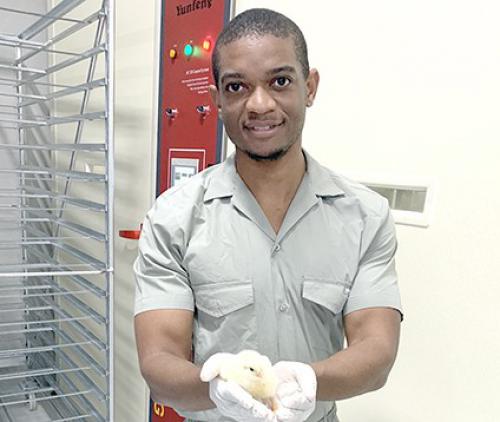 Emerging entrepreneurs lose out due to chicken dumping

The entrepreneurial spirit of South Africans is alive and kicking – or clucking, when one looks at the more informal sector of the chicken industry. Two emerging chicken entrepreneurs in Louis Trichardt share their stories and draw a clear picture of how predatory imports continue to smother their massive growth potential, at best limiting them to stay small; at worst driving them out of business.

South Africa’s chicken industry has more to it than its large integrated producers. These companies that supply their own feed and day-old chicks, and have their own broiler farms and processing plants, are models of efficiency and economies of scale. They contribute massively to the national economy and the economies of the rural areas where their operations are. Nonetheless, they are only 80% of our country’s chicken story.

The other 20%, known as non-integrated producers, include thousands of subsistence farmers whose business fortunes are subject to the slightest change in market conditions or personal circumstances. But it also includes a variety of micro and small businesses that are achieving success in niche markets.

Clive Tigere distributes day-old chicks in and around Louis Trichardt. His customers are small-scale broiler farmers who raise birds to sell, either live or freshly slaughtered, to rural households.

“Last year, orders were through the roof,” says Tigere. “I could easily move 100 000 chicks a week in peak times.” He spent the year accumulating cash and, once he had the required capital, invested in a few incubators and finally built a hatchery on his farm with the capacity to supply 20 000 chicks a week – a move that took him from being a distributor only to also hatching his own stock.

According to Tigere, Limpopo has a “massive” informal chicken market. “There are literally thousands of broiler farmers who grow and sell live chickens locally.” Given that the province currently has only one hatchery, whose output mostly goes to large chicken producer RCL Foods, most of these small farmers get their chicks from hatcheries up to 600km away. “I see a compelling business case to expand my own operation,” says Tigere, talking about his plans to ramp up to 60 000 chicks a week by year end and, by mid-2020, start a parent-stock operation. “The only thing stopping me is the fact that my market has drastically reduced.”

From a base demand of 40 000 chicks a week in 2018, these days Tigere moves only 12 000 a week. A drastic reduction in anybody’s terms, and a clear indication that his customers are losing their customers.

Tigere blames predatory imports flooding the Limpopo market, a view confirmed by inside information from a close friend who is a retailer in the area. “My friend runs a retail store in a small town just outside of Louis Trichardt, and they move tons of chicken weekly,” says Tigere. “He tells me that most of the chicken they sell is imported; the only local product they stock anymore is fresh chicken, which accounts for about 10% of their sales.” When quizzed why he fills his fridges with imported chicken, the shopkeeper is brutally honest, says Tigere: “Price is everything here. Local producers simply cannot meet shopkeepers at the price point importers can.”

A qualified statistician, Tigere has done his homework about imports and knows that the reason countries such as Brazil can afford to export chicken portions in bulk to South Africa at next to nothing is because these products have no value in their country of production. “They export breast meat to the US and Europe and make their profits there, so the rest of the chicken is just leftovers that they get rid of at any price. There is no way a small local farmer can compete with that, and what I am seeing first-hand in the little corner of the country where I operate, is that it is driving local farmers out of business,” he says. “It is unfair and predatory trade that is against the rules of international trade.”

Livhu Nengovhela, whose customers are mainly resellers who supply live chickens into townships around Louis Trichardt, says he is also losing customers due to the influx of imports. Depending on the season, Nengovhela moves between 6 000 and 10 000 live chickens a month, and he is now looking at ways to adapt his business.

The shrinking whole-bird market is the main reason why Nengovhela wants to diversify. “People are starting to buy bulk frozen chicken pieces for events like funerals,” he says. “I can still make a living, but I have to change what I do if I want to grow.”

His plan is to invest in a modest abattoir that will enable him to supply fresh, whole chickens to hotels, restaurants and chesa nyamas (traditional braai-meat restaurants) in the area. He also wants to tap into the household market directly by doing his own bulk packs of, say, 10 chickens to meet a family’s meat requirements for a month.

When fully operational, the 2 000-chickens-a-day abattoir will employ 10 people and have enough capacity to also service other chicken farmers in the area – further strengthening Nengovhela’s business case.

The stories of Tigere and Nengovhela share a common theme: the impenetrable ceiling that predatory imports have dumped onto their growth potential. All of them are astute businesspeople who identified, and continue to identify, unique market gaps to fill. However, as the cheaper dumped chicken flood into supermarkets, wholesalers and spaza shops, the independent producers are increasingly trapped in niche markets – which are also, slowly but surely, shrinking.

“These case studies confirm that our local industry players – regardless of size – have the business acumen and chutzpah to succeed in a competitive market as long as it is fair,” says Francois Baird, founder of FairPlay, the social movement that advocates for fair trade practices and against crocodile trade. “The dumped chicken is often only a few cents per kilo cheaper to consumers, but that is enough to bully small producers out of the market. It’s unconscionable that importers campaign to keep increasing the market share for heavily subsidised foreign producers such as Brazil and the EU, while our own producers, who receive no government subsidies, are left to fend for themselves, and go under,” said Baird. He argues that protection against unfair and damaging imports would lift the lid off the non-integrated chicken industry, allowing for thousands of new entrants, ensuring food security, and benefiting millions of South Africans.