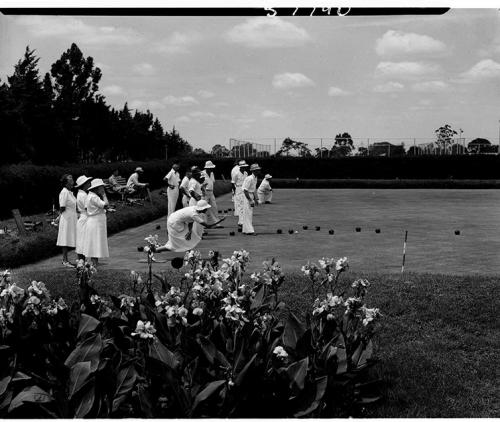 How old is the bowls club really?

We are asking our readers for some assistance in dating photos and supplying a bit of history.

A few weeks ago, we focussed on the Louis Trichardt Bowls Club in our weekly column on the region’s sport clubs. The members of the club estimated that the bowls club broke away from the then Louis Trichardt Country Club in around 1988 and established new courts on the corner of Anderson and Ruh Street. The founding date of the club was set as “just before 1964”.

The past week we received a few historic photos from the Transnet Heritage Library. These photos are dated 1951. At first we thought that the photos might be incorrectly dated, but on closer inspection it looks as if the bowling courts were established at that location prior to 1950. The backgrounds in the photos give interesting clues. In the one photo, the tennis courts are visible. The tennis club moved to its current location around 1948.

In the other photo, the empty area next to the reservoir on the hill is clearly visible. The photo could not have been taken in the 1980s, as the area had been developed with numerous houses and streets by then.