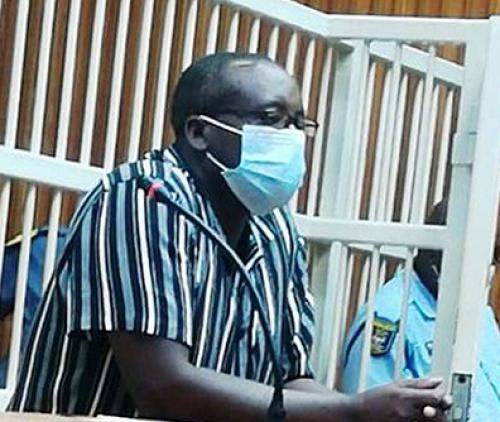 A well-known prosecutor in the Thohoyandou Magistrate's Court, Mr Ratshilumela Leonard Makhado (48), appeared in court on Monday on charges of corruption and defeating the ends of justice.

A well-known prosecutor in the Thohoyandou Magistrate’s Court, Mr Ratshilumela Leonard Makhado (48), found himself on the wrong side of the law when he made some headlines by appearing in court on Monday, facing two counts of corruption and defeating the ends of justice.

Proceedings had to wait for some hours before the accused came to the court as he was said to be ill and was hospitalised after his arrest on Friday.

The Thohoyandou magistrate, Ms Shirley Nemutandani, remanded the accused in custody until 26 May for further police investigations and a formal bail application.

His legal representative, a well-known businessman, Mr Goddard Mugwena, and now a practicing candidate attorney for AR Madia Attorneys, said he felt his client would be free very soon as they did not see a serious case against his client.

Limpopo Hawks spokesperson Cap Matimba Maluleke has appealed to the people who might have fallen prey to and paid money to the accused to come forward with information to help with the prosecution.

He addressed members of the media just outside the court after the appearance of the accused and said they had a very strong case against the accused. Last Friday, the Hawks’ Serious Corruption Investigation team conducted an undercover operation, where the accused was caught red-handed while receiving fulfilment (bribe) money amounting to R6 000 from the victim, who was facing reckless-and-negligent-driving charges.

According to Maluleke, the money was meant “to make the case disappear”. The alleged kickback was then reported to the Hawks and a sting operation was initiated, which culminated in the prosecutor’s arrest soon after he had accepted the money.

The Provincial Head of the Directorate for Priority Crime Investigation, Maj-Gen Thobeka Jozi, commended the investigating team. “While everyone is considered innocent until proven guilty, those who preside over cases are expected to conduct themselves expertly. Their dubious behaviour contaminates the proper administration of justice and we shall endeavour without fail to act without fear or favour against anyone who contravenes the law,” said Jozi.