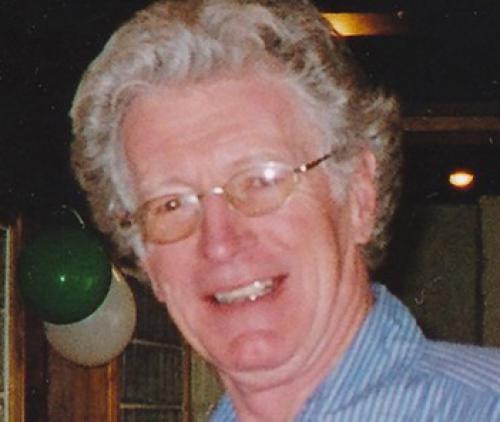 Retired academic-turned-businessman Dr Matthew Flynn of Louis Trichardt passed away last Thursday after a short illness. He was 85 years old.

According to wife Hilary Flynn, her husband Matt (as he was known to many) was admitted to the Mediclinic in Tzaneen at the end of January to have a toe removed from his left foot after it had become infected with gangrene. Although the toe was removed, doctors recommended that Matt be transferred to the Unitas Hospital in Pretoria for a vessel transplant to restore blood circulation in his leg. This could not, however, be done as Matt did not have sufficient blood. In the meantime, the gangrene had spread and the remaining toes on Matt’s left foot had to be amputated. Matt’s situation worsened, however, and at one stage Hilary received a phone call from the hospital to give them permission to amputate Matts left leg just below the knee. At that stage, he was severely medicated and incoherent.

Hilary agreed to the operation, but his condition worsened even further. “On the morning of 11 February, at around 03:00, I got a call from the hospital, informing me that Matt was suffering a heart attack and was placed on a ventilator. At 07:00, I received another call from the hospital, telling me that Matt had suffered a second heart attack, from which they were able to revive him, but he passed away after suffering a third heart attack,” said Hilary.

Matt was a true teacher at heart. He met Hilary in London, England, where they got married. Later, he held a teaching position in the Seychelles and from there held a teaching position in Malawi for 10 years. During this time, he completed his doctorate degree in South Africa and, upon completion of this degree, was offered a position at the University of Venda. He was appointed professor in sociology of education at Univen on 1 July 1985 and settled in Louis Trichardt. Hilary joined him later after first having to sell their home in England. Matt retired from his academic career at Univen on 31 December 1999.

After retiring from academic life, Matt turned businessman. He and wife Hilary bought and rented out several properties in Louis Trichardt. Most notably, the couple bought the Inn on Louis Trichardt (formerly known as the Punch Bowl Hotel) in about 2011. They started the slow process of renovating the ageing infrastructure, sorting out electrical and other problems. The buildings received much-needed attention and the “Grand Old Lady” acquired a bit more than just a new coat of paint. The Flynns renamed it the Avoca Vale Country Hotel, which tied in with Matt’s Irish roots. The Vale of Avoca is one of the most scenic spots in County Wicklow, in the east of Ireland. Significantly, the new name tied in well with a region where avocados are in abundance. In 2020, the Flynns sold the hotel to Manupont property developers, who started a process of extending and refurbishing the hotel.

The late Matthew Flynn is survived by wife Hilary, son Stephen and daughter-in-law Heike in England, son Niall and daughter-in-law Christine in Canada, daughter Rosemary (also in England) and three grandchildren. Hilary expressed her gratitude towards all who supported her and her family during this difficult time. He will be cremated and his ashes taken back to England upon Hilary’s return to her home country, where his family will hold a funeral service.