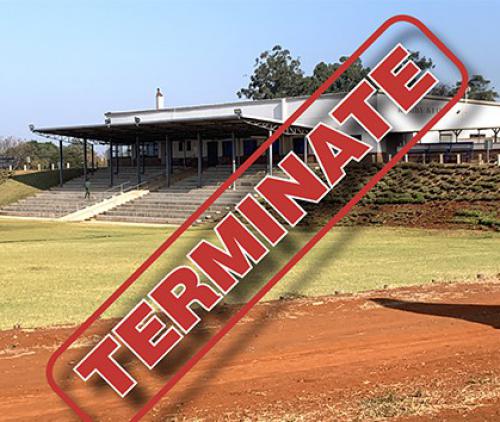 “We will need to fight this. We cannot just ignore it. They claim that these clubs are not open to all, yet membership to clubs like the rugby club and golf club are open to all, irrespective of race,” said DA councillor Brian du Plooy, who has continuously voted against all attempts to terminate the lease agreements.

Representatives of the 11 amateur sporting clubs in Louis Trichardt making use of municipal infrastructure called for an urgent meeting on Wednesday evening this week to discuss the Makhado Municipality’s decision to terminate their 99-year lease agreements.

This decision was taken during the 159th virtual special council meeting on Monday, 31 May. The items served under Item A.47.31.05.21 “Council land: Report on termination 99-year lease contracts”.

As for the motive for their 2019 decision, the council best described it themselves in their minutes of the 28 March meeting under this item: “The whites-only predecessor of the Makhado Municipality, Louis Trichardt Local Authority, has during the period 1993, 1994 and 1995, just at the dawn of the new constitutional dispensation, concluded 99-year lease agreements with the whites-only sporting clubs. Ever since the establishment of the Makhado Local Municipality, Council has questioned these dubious decisions by the former Louis Trichardt Council as it smells [of] racial discrimination. Council has previously commissioned two legal opinions which both of them confirmed, that if the lease agreements can be concluded on a breach of the material provision of the lease agreement, that it be expropriated by the municipality for public interest.”

According to the 2019 resolution, the council, among other things, referred the matter back to the Section 79 Committee for Disaster, Moral Regeneration, Sports, Arts and Culture to furnish the council with valid reasons that could be implemented to terminate the 99-year lease contracts. This came after the council’s own legal team, Munonde Attorneys & Conveyancers, pointed out that the municipality had two options for terminating the contracts. Firstly, they could terminate the agreements if the lessee had failed to comply with any of the conditions of the contract. Secondly, the contract could be cancelled if the municipality could supply sound reasons to do so. The Makhado Municipality opted for the latter option, that of “sound reasons” as Munonde Attorneys & Conveyancers had already indicated in their legal opinion that they could find nothing in the agreements that could constitute a breach of contract.

Monday’s resolution was taken by a majority vote after the council received the Section 79 report that the committee was instructed to compile and submit under the 2019 Council resolution. “The committee is of the view that eleven (11) 99-year lease agreements concluded with various sporting clubs can be cancelled if enforcement of these agreements contravenes public policy,” states the report. It goes on to explain that, in accordance with Section 152 of Act 108 of 1996 of the South African Constitution,  the object of a local government is to provide democratic and accountable government for local communities; to ensure the provision of services to communities in a sustainable manner; to promote social and economic development; to promote a safe and healthy environment; and to encourage the involvement of communities and community organisations in the matters of local government. At all times, a municipality must strive, within its financial and administrative capacity, to achieve these objects.

“It is clear that all 99-year lease agreements do not promote the objectives stipulated in section 152 of our current constitution but serves as a tool ensuring that the dream of a democratic South African must never become a reality. The rental amount payable by the lessees to date is minimal and subjecting property owned by council to low value income (generating R 500 per month),” reads the report.

The report also refers to the court case of Barkhuizen v Napier, which states that: “[73] Public policy imports the notions of fairness, justice and reasonableness. Public policy would preclude the enforcement of a contractual term if its enforcement would be unjust or unfair. Public policy, it should be recalled, ‘is the general sense of justice of the community, the boni mores, manifested in public opinion’. Thus, where a claimant seeks to avoid the enforcement of a time-limitation clause on the basis that non-compliance with it was caused by factors beyond his or her control, it is inconceivable that a court would hold the claimant to such a clause. The enforcement of the time-limitation clause in such circumstances would result in an injustice and would no doubt be contrary to public policy. As has been observed, while public policy endorses the freedom of contract, it nevertheless recognises the need to do simple justice between the contracting parties. To hold that a court would be powerless in these circumstances would be to suggest that the hands of justice can be tied; in my view the hands of justice can never be tied under our constitutional order.”

The report also refers to Section 14 (5) of the Municipal Financial Management Act (MFMA) of 2003, which states that property must be leased by way of competitive bidding where such property is determined as not being required for the provision of basic essential municipal services. “Section 14 is in support of section 152 of the constitution, ensuring that local government effect its objectives with ease,” states the report. The report also adds that delegates of the Makhado Municipality had already met with Mr Monyane Chidi, head of the real estate department at the City of Ekurhuleni Metropolitan Municipality, for purposes of benchmarking, since the city of Ekurhuleni is having a similar challenge on 9 March this year. “After a thorough consultation, delegates from Makhado Local Municipality deemed it fit to make a request for access to information used by the city in preparation for termination of their lease agreements … It is worth mentioning that benchmarking assisted a lot in terms of saving funds for the municipality since there was no need to seek further legal opinion,” reads the report.

Cllr Anthony Matumba was one of the first to react to Council’s decision by posting the following on his Facebook page [sic]: “It was with sadness when we discovered that Black people needed permission from a certain White family to use Rugby Stadium in Makhado (Louis Trichardt). What pained us worse is that the family was paying less than R100 a year to the Municipality on a 99 year lease contract for the use of the stadium. When the stadium was demolished for Makhado Crossing Mall something worse happened again. Makhado Municipality built a new Rugby Stadium and handed it over to the same white family. They even renewed the 99 years lease contract that was signed during Apartheid. As EFF we fought daily for this contract to be terminated. Today i am happy to announce that our Rugby Stadium is coming back to the hands of the people. No more permission from that White family. This include Golf Club, Cricket Club and others. We are taking all of them from White Family back to full control of the Municipality. You voted for us to represent you in that Municipality and we are doing exactly that. We might not be many but we are fighting. My EFF - Your EFF - Our EFF...”

Regarding Wednesday’s meeting, this meeting was called by local DA councillor Brian du Plooy, who has continuously voted against all attempts to terminate the lease agreements. “We will need to fight this. We cannot just ignore it. They claim that these clubs are not open to all, yet membership to clubs like the rugby club and golf club are open to all, irrespective of race,” said Du Plooy.