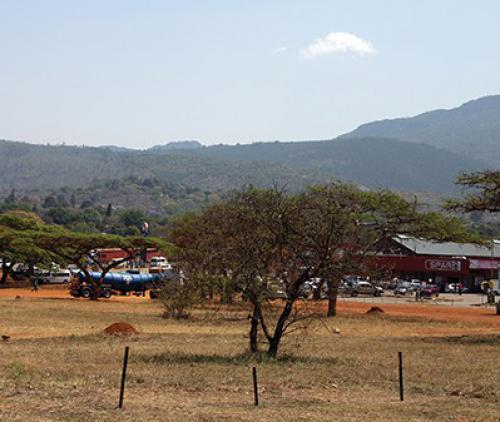 The park comprises two sections, ERF 3456 and ERF 1953, and is located opposite Soutpansberg Spar in Extension 9 - a prime spot for development.

The controversial park opposite the Spar complex just east of the N1 in Louis Trichardt has been resold. The new owners are contemplating turning it into a residential estate or perhaps even a centre with upmarket restaurants and small shops.

The public park became the centre of controversy in 2019 when word got out of how the Makhado Municipality had disposed of it. Apart from the fact that no public consultation process was followed before selling it, the bidding process was marred by controversy. Instead of selling it to the highest bidders, one section of the park was sold to the lowest bidder. The council turned down higher offers on both erven, but refused to say why this was done.

In 2019, the Zoutpansberger filed a request in terms of the Promotion of Access to Information Act (PAIA) to obtain documentation providing more clarity on why the municipality had made such a seemingly illogical decision. The PAIA application, as well as the appeal, was simply ignored. When the newspaper approached the court to assist and force the municipality to adhere to legislation, this was also initially ignored. At a late stage, the municipality contested the matter, but the magistrate ruled that the information must be supplied. Council then decided to take the matter on appeal to the Limpopo High Court, where the matter is still waiting for a hearing.

In April 2019, ERF 1953 was registered in the name of Kenworth Investments, with a purchase price of R1,85 million. The two directors are Abu Bakr Akoo and Asim Patel. When the two portions were originally put up for auction Patel, under the name of his company Southern Ambition, offered R1,6 million for ERF 3456, but this was declined.

Patel and Akoo eventually seem to have succeeded in getting both portions of the park, albeit at an inflated price. Banyana Enterprises resold ERF 3456 for R3 million, bagging Mhlongo a quick profit of R1,8 million. The property was registered in Kenworth Investments’ name in April this year.

Zoutpansberger contacted Mr Abu Bakr Akoo earlier this week, asking him about the plans for the park. He said that they were contemplating various options and were in the process of conducting further market research. Initially, plans were made to turn the whole area into a residential estate, similar to Bergview Estate at the eastern entrance to Louis Trichardt.

Akoo said that markets had changed quite dramatically the past few years, which made development more complicated. One of the other ideas they were toying with, he said, was to perhaps develop an area where restaurants could be accommodated. “Whatever it is we bring to town, it will be something different and unique,” he said. He stressed that the important consideration was for the development not to duplicate what was already available in town and in the region.

For the time being, the park will have to wait while all the formalities are sorted out. The site must also still be rezoned to allow for the development.