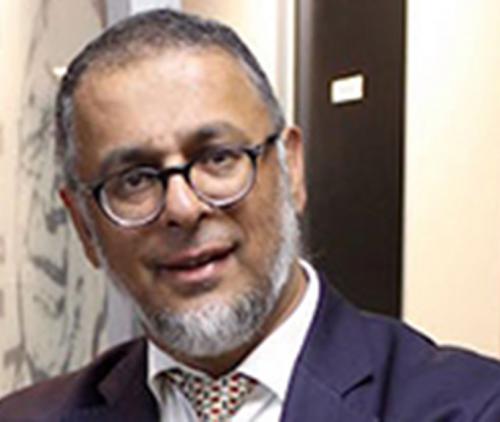 Former town secretary on his way to teach in Ohio

A former resident and town secretary of Louis Trichardt, Advocate Mohamed Shafie Ameermia, has been awarded a scholarship to a university in Ohio in the USA. Ameermia, who is a former commissioner of the SA Human Rights Commission (SAHRC), will use the opportunity to share his experiences with the academics and staff and deliver a series of lectures.

Older residents of the Soutpansberg will remember the soft-spoken Shafie Ameermia, who served as town secretary from May 1999 to 2001 of what was later to become the Makhado Municipality. He left the beautiful town to study in Dallas, Texas, in the USA where he was awarded an International Law Fellowship Scholarship by the Center for American and International Law. He followed this up by completing an international Law and Arbitration Fellowship programme.

In February 2014, he was appointed for a seven-year term as full-time Commissioner in the South African Human Rights Commission. He also became the Provincial Commissioner responsible for North-West and Free State.

Advocate Ameermia still cherishes the time spent in the Soutpansberg region. “We have fond memories of this beautiful part of South Africa,” he said in an interview in 2017. At the time, the Zoutpansberger had published an article on Ameermia for being awarded the prestigious Robert G. Storey International Award for Leadership.

“After my term of office ended at the SAHRC, I successfully completed an internationally accredited mediation course for legal practitioners in South Africa in September 2021,” Ameermia told the Zoutpansberger the past weekend. In February this year, he was appointed as a consultant to the Centre for Applied Legal Studies (CALS) at Wits University on a short-term legal consultancy, which ended in April.

“I received news last week from Ohio University in Athens Ohio, USA, where the university has awarded me the Robert and Rene Glidden Visiting Professorship Scholarship, in recognition of my contributions to society in advancing human rights,” he said.

For the former town secretary of Louis Trichardt, the way his career is changing now also is slightly ironic. In an interview in 1999, shortly after his appointment at the local municipality, he told the Zoutpansberger that he would one day like to pursue a career in the academic world. “Little did I know that the time would be in April 2022,” he said.

Adv Ameermia is very excited about this new chapter in his life. He believes this will give him an opportunity to share his experiences with a wider audience. He will be able to convey his experiences, not only as a champion of human rights, but also as a civil servant and the challenges involved.

“My family and I always cherish those beautiful memories of having served the people of the Soutpansberg and once again we wish to thank all the beautiful people of the Makhado Municipality for all their hospitality, kindness, generosity and their spirit and comradeship,” he said.