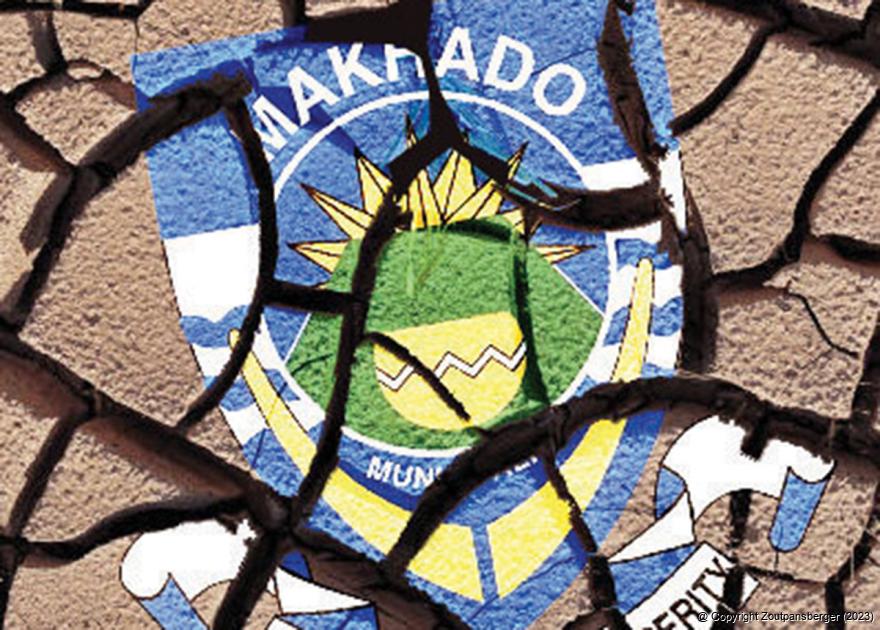 The cracks are showing within the Makhado Municipality because of their inability to fill key senior administrative positions. Some of these positions have been vacant since 2018. Generic image.

To deploy or not to deploy?

Makhado Municipality has not appointed senior managers in certain departments since 2018, despite legislation stating that such posts must be filled in three months. This, many believe, has caused a system where people who are not suitably qualified and who are not empowered to make decisions are occupying senior positions in the municipality.

Currently, all five posts of directors, as well as that of the municipal manager (MM), are vacant, with people acting in those positions. Opposition parties and pressure groups are of the opinion that these positions will not be filled until such time as the internal struggles within the ANC have been sorted out. The region and its people are “held to ransom” while the party-political games continue.

The feeling is also that the inability to fill these important posts has severely affected service delivery and may be an underlying cause for protest action, such as being experienced in towns such as Musina.

Regarding the appointment of acting directors and acting municipal managers, the Municipal Systems Act of 2000 (MSA) stipulates that no MM or senior official can be appointed in an acting capacity for more than three months, unless their acting period is extended by the MEC for Cooperative Government, Human Settlement and Traditional Affairs (COGSTHA) by a further three months.

Why these key positions are not being filled is reason for much debate, although some believe this is because the “right” persons have not applied for the positions or have not been identified yet.

One of the municipality’s fiercest critics regarding this issue is Mr Patrick Sikhutshi, chairman of the Zoutpansberg Community Development Forum (ZCDF). The forum has openly accused the municipality’s leadership of running a “jobs-for-pals” scheme. Sikhutshi also refers to the Makhado Municipality as a “captured municipality”. He stated that the failure to make permanent appointments led to indecisiveness to implement progressive decisions. “Nobody has authority to take decisions. All of these acting directors believe that they are at the mercy of the politicians to secure their positions. Hence, the wrong decisions [are taken] all the time. Take for example the sale of parks. Council is not involved, but individuals run away with these processes without the knowledge of councillors,” said Sikhutshi.

DA ward councillor within the Makhado Municipality Pierre Smalle also voiced his concern about the situation. Smalle said he thought the reason why these acting positions were not being filled was most probably because of internal political struggles and an ANC cadre-deployment policy. “The reason for the long delay may be to allow people to act in positions that are closely aligned with the current political leadership and also to allow for other individuals who are currently still serving out their contracts at other municipalities to apply at Makhado Municipality (cadre deployment),” said Smalle.

Smalle also echoed Sikhutshi’s sentiments that the failure to fill these key positions in the municipality impacts negatively on service delivery. “Having continuously acting managers, by not filling these vacancies with the requisite skillset, does enhance poor service delivery, as it has a direct impact on planning, daily management as well as accountability from lower structures or officials,” said Smalle.

When asked to explain why these key positions had not been filled, Makhado Municipality’s spokesperson, Mr Louis Bobodi, said the council had advertised the vacant positions of the different directors more than once. “…the recruitment process in terms of Section 57 of the MSA produced only one suitably qualifying candidate for development planning, who later declined to join the municipality,” said Bobodi. He also stated that the position of the MM had been advertised 14 days after the council had declared the vacancy and that they had received very few applications. “…only one qualifying candidate was selected, and we could not proceed with the interview with one qualifying candidate. When we advertised the vacant positions of the municipal manager and directors for the second time, they were supposed to be appointed for one-and-a-half years and the interest was low,” Bobodi said.

Sikhutshi, however, found believing that so few “qualified” individuals had applied for the positions and that so little interest existed difficult. “The ZCDF does not concur that there are no suitable candidates to fill these vacancies. At one stage, a certain Demana was successful in the interviews for the [post of] director community services and ready to take up the job for the remaining 12 months of the council. Having wasted time and money, no appointment was done,” said Sikhutshi.

Another issue raised by Sikhutshi was that of the three-month extension period for senior officials in acting positions. “Section 57 of the Municipal Systems Act of 2000 is very clear. No director can act for more than three months. With the approval of the MEC [for Cooperative Government, Human Settlement and Traditional Affairs], you can extend it for three more months, but no further than that. In Makhado, directors have been acting since 2018. The SALGA guidelines are clear. With this in mind, the ZCDF believes the validity of these acting positions, including that of the municipal manager, is questionable,” said Sikhutshi.

Bobodi, however, disagreed that anything untoward exists regarding the continued extension of the three-month acting period. “It is our understanding that council has executive powers to make policy or take council resolutions that will make sure that there is no vacuum after the three-months extension by the MEC, and that is what council did in appointing the present acting municipal manager and acting directors. Please recheck the Act and you will find that it uses the word ‘may not’ be appointed for a period of more than three months, not ‘must not’,” Bobodi stated.

What Bobodi’s reference to semantics tried to prove was unclear. Adherence to legislation normally implies a respect for both the letter and the spirit of the law.

Smalle, however, also felt that the municipality was acting within the letter of the legislation regarding the continued extension of acting periods. “But it is not ideal to operate in this way as it directly impacts on holding people accountable … This proves poor planning on the side of the ANC and the municipality, and has contributed to the instability of the municipality (for example non-delivery of water to residents and the failure of the municipality to monitor its service-level agreement with VDM),” Smalle said.

In trying to find a solution to the problem, Bobodi was asked by when these key vacant positions would be filled. “We are busy conducting interviews, and the three top candidates in each vacant position will be requested to go and write a competency test. We can expect that in July/ August there would be a municipal manager and his/her directors, provided they satisfy Section 56 and 57 of [the] MSA,” said Bobodi.

In the meantime, Sikhutshi is not holding his breath that competent appointments will be made. “The ZCDF has no doubt that the positions of directors are reserved for cronies in the employ of the municipality, as was done with [the] acting director [of] corporate services. This will be done to serve the selfish interests of those they are indebted to. We do not need stooges in the positions of directors. We need independent thinkers who will insist on taking constitutionally correct decisions. The ZCDF believes that if we appoint wrong people, then voters are the losers, as is the case now,” said Sikhutshi. He concluded that the fact that the “greedy leadership here has lost focus” was disconcerting.

Questions about the current state of affairs at the Makhado Municipality were sent to COGSTHA’s provincial office last week. Although they acknowledged receipt of the question, they had yet to reply at the time of our going to press. This is one of the government departments known to be reluctant to respond to media enquiries.