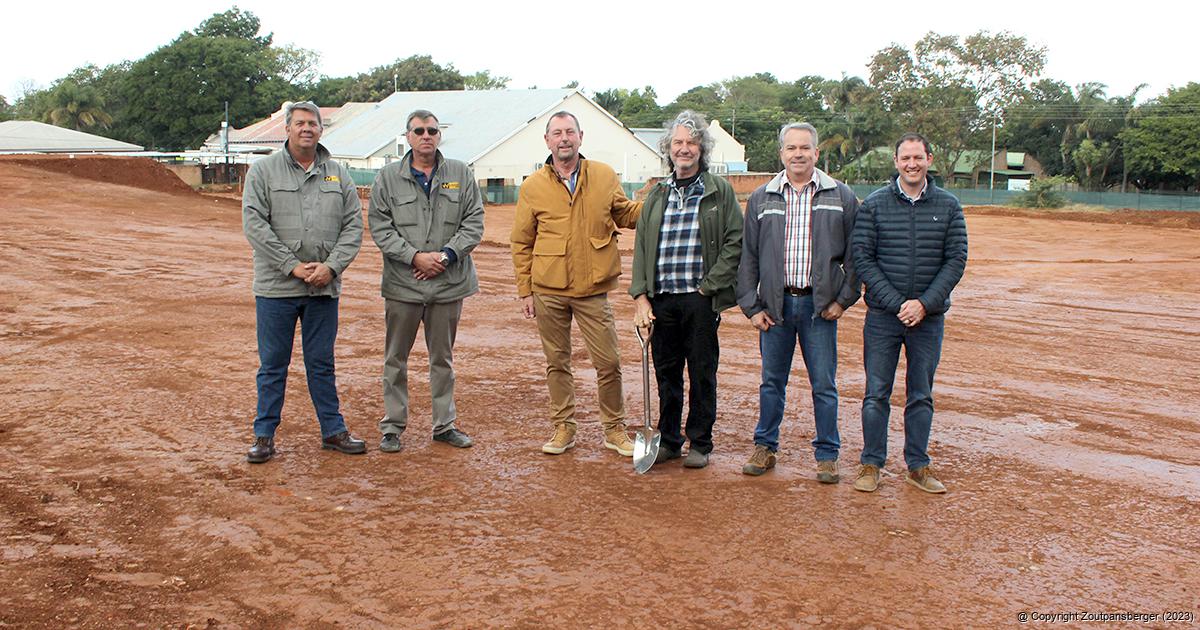 Another milestone for town's private hospital

Monday marked yet another milestone for the Zoutpansberg Private Hospital (ZPH) in Louis Trichardt when the site for the expansion of the hospital to a +- 90-bed facility was officially handed over to the contractor, JC van der Linde & Venter Projects from Pretoria.

The sod-turning ceremony for the start of the bulk earthworks took place on 7 March this year and, despite a couple of rain delays, the site was ready to be handed over this week for construction to start.

The project is scheduled to take 15 months. Construction of the top structure will now commence, featuring a four-storey building of approximately 3 900 m². The new hospital will have three theatres, an ICU, surgical and medical wards, as well as maternity, NNICU and paediatric wards. “Construction is expected to be completed in August 2023, whereafter the building will be fitted with medical equipment and opened in the fourth quarter of 2023,” said project manager Mr Walter Dhooge of Terray.

From its humble beginnings in 2001, the hospital expanded gradually and organically, always considering the health-care needs of the community it serves. In 2015, the hospital opened the new 10-bed day ward and, over the recent past, expanded its services to include urology, general surgery and orthopaedic surgery, to name but a few.

To achieve the above objectives, the hospital concluded a transaction with Summit Africa Private Equity, a black-owned and -managed private equity firm that focuses on health-care investments. The envisaged expansion of the hospital is a direct result of this partnership. Permission for the expansion was received early in 2020 from the Limpopo Department of Health.