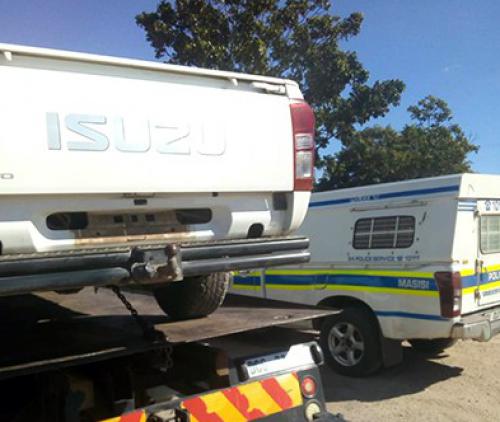 The PR councillor of the EFF who was arrested for allegedly dealing in illicit cigarettes near Musina on Sunday was given bail in the Musina Magistrate’s Court on Tuesday.

Cllr Abel Rasilabe (44), who was arrested on Sunday night for possession of illicit cigarettes, briefly appeared in court on Monday and the case was postponed to Tuesday for a bail application. On Tuesday, he was given bail of R1 000 and the case was remanded to 26 August.

Provincial police spokesperson Brig Motlafela Mojapelo said that the arrest of Rasilabe followed an incident on Sunday at about 02:30 along the Manenzhe public road. Masisi and Tshamutumbu police officers were on a joint operation when they stopped a vehicle. Upon searching the vehicle, they found 41 cartons of Remington Gold and 35 loose packets of Royal Express cigarettes. The vehicle was impounded and the cigarettes confiscated.

The Musina Municipality’s spokesperson, Mr Wilson Dzebu, said that the municipality had learnt with shock and embarrassment about the arrest of the councillor. “Now that the matter is in court, we will allow the police and the judiciary to do their work uninterrupted,” he said.

Dzebu said that members of the public should note that the municipality condemned any form of criminality and expected all councillors and employees to uphold the highest form of integrity.