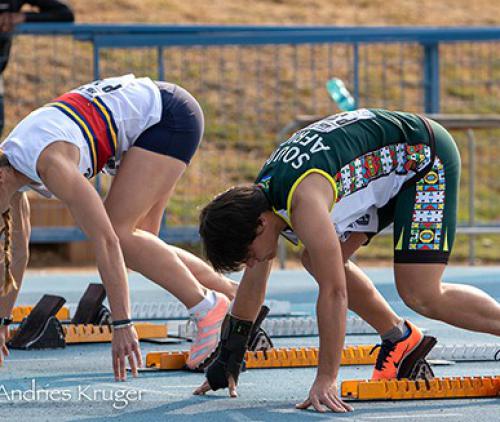 Sheryl on her way to Tokyo 2020 Paralympics

On Saturday, 14 August, the South African Sports Confederation and Olympic Committee (SASCOC announced) its 34-athlete South African squad for the Tokyo 2020 Paralympic games, scheduled to take place from 24 August to 5 September in Tokyo, Japan. Louis Trichardt athlete Sheryl James is included in the team, which comprises a mix of experienced and emerging Para-sports talent.

"It is a huge honour to be included in the Paralympic squad headed for the Summer Games. I believe in the rehabilitative power of sport and hope my Tokyo 2020 performance will encourage people living with physical disabilities from the Makhado area and beyond to get involved in athletics or any form of sport," said Sheryl.

Sheryl indicated that she was extremely excited about the opportunity she had been afforded and would like all those who have been part of her journey thus far to know that she was incredibly grateful for every supportive message, prayer, act of kindness, piece of advice and much more. She recently posted on Facebook that: "It has taken what seems like a lifetime and an army to get me to Tokyo."

Sheryl is thankful to the Lord for his great grace and for raising up such an amazing team around her. She especially thanks the young athletes from Louis Trichardt High School who practiced with her daily over the past two years. She said they had been inspirational in her journey, and she appreciated them beyond words.

Sheryl’s preparation for Tokyo has been challenging since events and training facilities were often limited because of Covid. However, Sheryl's coach, Gideon Joubert, her physiotherapist, Elmien van der Goot, and conditioning trainer, Karen Purdon, have consistently and meticulously been a vital part of her preparation.

Sheryl is part of the drive of local IsAbility Sports Club Limpopo to develop sport and opportunities in the area and province for people with disabilities as well as for able-bodied athletes. She will be competing in the 100m, 200m and 400 sprinting events in Tokyo. Her first item is the 200m heats on the morning of 27 August.

Team SA leaves OR Tambo airport on 19 August. In Sheryl's words: "Louis Trichardt is going to the Tokyo Paralympics". She said she was honoured to be able to represent the beautiful Limpopo Valley and its people.