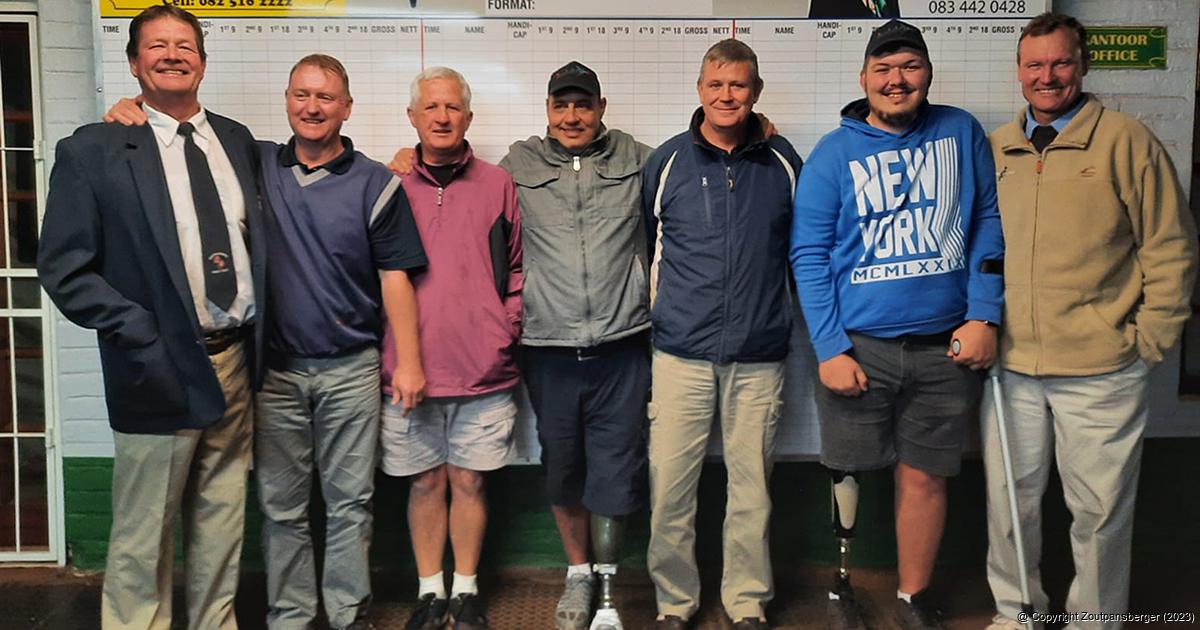 The Isability golf day at Soutpansberg Golf Club on 11 June was keenly supported by local golfers as well as one or two from further afield.

Fanti Holtzhausen, a golfer on vacation from Pretoria, was impressed with the beautiful course and friendly reception she received. Inspirational, to say the least, was the participation of 91-year-old Denise Fourie, who flew up from the Cape to participate. With a comfortable swing, Fourie completed the 18 holes of golf in the morning chill - an encouragement to all that we can be healthy and active even when we are over 90!  Denise won the prize for the furthest “drive” (flight from the Cape) – 1 582 km! Later in the day, prizes were handed out by Gavin “Magic” Johnson, ex-Springbok rugby player and Louis Trichardt resident.

The winners of the tournament were the Timbercity 4-ball consisting of Zagrys Nortjé, André Schoeman (a single-leg amputee), Craig Lee and Eben Moller with 95 points on a count out. Also with 95 points, in second place, was the SACM team consisting of George Mahlauli, Richard Machumela, Khangale Malange and Dumisani Nzimande. In third place with 91 points was the 4-ball NewCo Meat team, consisting of Johan Pretorius, Beukes Haasbroek, Wikus Botes and Francois Jonker.

The event was also attended by some of the Jumping Kids and Icexpress prosthetic limb beneficiaries based in Limpopo, namely Jorrie Jordaan, Corrie Dercksen and Vhutuhawe Nemutandani (junior Limpopo ambassador for Jumping Kids). Alwyn from “Die Boer Roer” and Elmarie Buys from Isability served guests with mouth-watering potjiekos, and steaming hot custard made over the braai coals was generously heaped over delicious desserts kindly made by volunteers to round off the evening dinner.