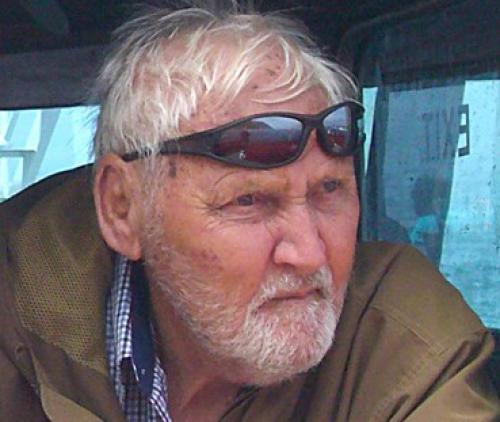 Dr Daan Marais, a well-known resident of the Soutpansberg, passed away on 21 August in the Limpopo Mediclinic in Polokwane. Aged 83, Marais died from heart failure, five days after undergoing hip surgery.

Daniel Francois Marais was born on 17 July 1929 on the family farm Oorbietjiesfontein near Hartbeesfontein in the North West Province. He spent most of his young life with his cousins, for he was an only child and his father passed away when Marais was 10 years old.

Marais matriculated at the Heidelberg Hoër Volkskool, whereafter he studied medicine at the University of the Witwatersrand. Although he practiced as a general practitioner, his main fields of interest were orthopaedic surgery and anaesthetics.

Marais was a born adventurer and often bunked classes to go on an expedition or hunting trip. On one such occasion, he almost died from histoplasmosis (cave disease), which he contracted while he and a couple of classmates explored an unknown section of the Sterkfontein cave system. Shortly thereafter, he rowed a canoe singlehandedly down the Vaal River. Before completing his degree, Marais also hitched a ride to Durban to work aboard a whaling ship. Fortunately, the ship had already departed and he had to return to his studies.

Marais led the first Trans-African Waterway Expedition in 1958. Setting out from the Port of Chinde in the Zambezi estuary on the Indian Ocean on 1 June, they travelled 5 792 km via four lakes and seven major rivers to reach the Atlantic Ocean at Banana Point in the Congo River estuary on 23 August. They completed the journey in three custom-designed fibreglass boats with outboard engines. An overland support team with two vehicles provided provisions, fuel and portage over impassable areas. The primary purpose of the expedition was to survey the route to determine the possible development of an equatorial water highway, providing arterial links of commerce and industry between the two oceans.

Marais was also a big game hunter and shot his first buffalo in Mozambique at the young age of 17. He shot his first elephant at the same location one year later. He roamed the plains of Southern Africa in search of record trophies, travelling as far as Angola, Barotseland in Zambia and Northern Mozambique. He also acted as a stunt double for Michael Craig in the 1958 British movie Nor the Moon by Night, where he shot a charging elephant bull on the set. A few years later, Marais had a change of heart after he witnessed two young elephant bulls attempting to keep an older wounded bull upright by supporting it with their bodies. He stopped hunting and devoted his time to conservation and the breeding of rare animals and birds. Marais transferred his knowledge of heavy-calibre hunting rifles into the development of tranquilliser dart guns for the capturing and relocation of wild animals.

Marais soon accumulated a menagerie of animals at his home in Edenvale, ranging from a giant python to a pet brown hyena. That is also where he met his new neighbour’s daughter, Patricia Barker, and soon asked for her hand in marriage. Marais and Pat got married on 10 September 1960 and when their backyard became overcrowded with animals, they relocated to Muldersdrift to establish a game farm.

Marais was also a keen photographer. He and Pat criss-crossed Southern Africa to record and capture Bushman rock art on film. Where possible, he photographed live animals in the exact same position as the animals depicted in the paintings and engravings to demonstrate the ingenious accuracy of the artists. During these travels, they built up a prize-winning collection of Lithops, tiny stone-like succulents native to Southern Africa. They donated their Lithops collection to the Botanical Gardens in Pretoria.

Marais and his family relocated to Louis Trichardt in 1970. He settled down on Klein Afrika, a game farm just north of the Hendrik Verwoerd tunnels. In between working at his consulting rooms and at the Louis Trichardt Memorial Hospital, he built a dream house with a large Baobab tree in the courtyard and resumed his dog- and game-breeding projects. Marais compiled a short film on survival techniques for the South African Air Force and trained numerous pilots in survival skills. He also presented various lectures on survival to the local commando, high-school cadets and children attending the Schoemansdal Veld School.

Seeing as Klein Afrika bordered the former homeland of Venda, many inhabitants from nearby villages streamed to the house for medical attention. Marais had no option but to establish a small clinic on the farm to provide a basic health care service to his neighbours. To his utmost surprise, the first President of the Republic of Venda, Chief Patrick Mphephu, also visited the clinic. The whole Mphephu family then became Marais’s regular patients. Soon after his inauguration as the second President of Venda, Chief Frank Ravele also became one of Marais's patients. Both Presidents visited Marais at his home on a regular basis, often to consult him about new animal breeding projects and the establishment of game parks.

Marais and Pat had been living on the banks of the Sand River in the Mopane area for the past 14 years. He was a remarkable person with a boundless general knowledge and often said: “you might not know everything, but you should know something about everything”. He is survived by his wife, four children and six grandchildren.