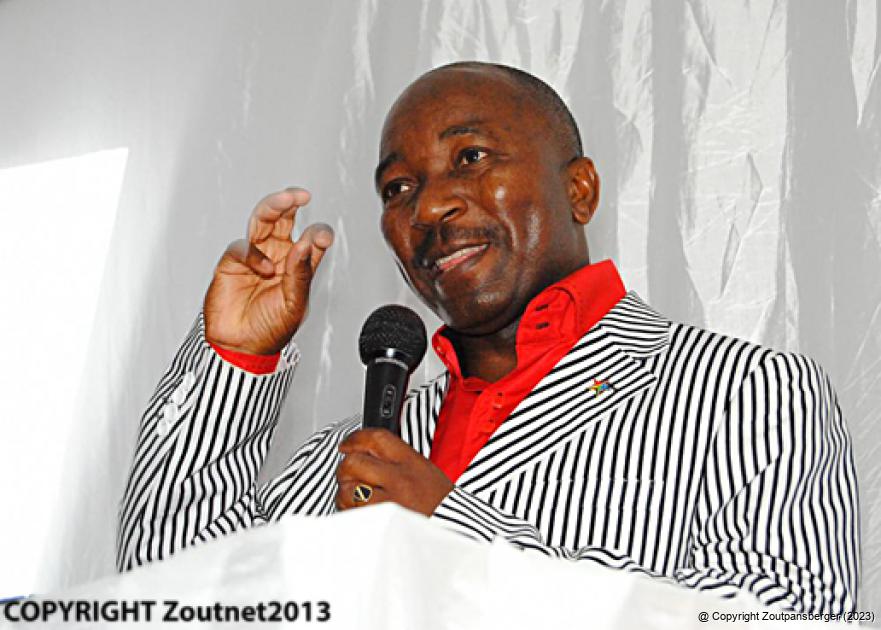 Dr Phaswana apologises for his outburst at school

The circuit manager of the Vhembe Education District, Dr Sampie Phaswana, apologised for his recent outburst at the Eric Louw High School in Musina and promised it will “never happen again”.

Dr Phaswana made the news headlines a few weeks ago, following a visit to the Musina high school. He apparently lost his cool after witnessing some unacceptable behaviour during the matriculants’ “40 Days” celebrations. The Democratic Alliance later laid hate speech charges against Phaswana at the Musina Magistrate’s court.

The school’s matriculants were subjected to an almost eight-minute-long tongue-lashing from Dr Phaswana, marked by foul language and racial remarks in both Afrikaans and English. The outburst was recorded by one of the matriculants.

In the recording, Dr Phaswana can be heard saying: “But if there is a Grade 12 that doesn’t want to be here and he bends every rule of the school, God help me, you will be sorry! Because I am not going to have mercy on anybody who bends the rules ...”

Dr Phaswana then warns the matriculants not to take him on, referring to someone who “messed up” with him: “There is a councillor principal who messed up with me in one of my meetings ... he did not know who he was messing up with, right now, nobody will touch him! He is a no no. Nobody will touch him because, by the time I am done with him, he will not get a cent, nothing ... I am not finished with him ... he is crying now but I am not yet done ...  So I got in a male Afrikaner lawyer who hates blacks ... If you are a white person, I will get in a black Afrikaner lawyer who hates whites, so that then all the scores of all the battles which were fought long ago, there we will fight it in court. By the time we are done you won’t have money ... you won’t have money ... and your future will be down the drain ... no matter how good you are today ... If we start fighting and you are not having any matric, what is going to happen? If the case is still on, we don’t give you anything ...”

It was specifically these last remarks regarding black and white lawyers which infuriated the DA. “His choice of words during his address are not befitting for an address meant for our learners,” said Ms Desiree van der Walt, DA Limpopo Education spokesperson.

“What happened at Eric Louw High School is very much unfortunate and regrettable,” Dr Phaswana said in a statement last week. “I would like to take this opportunity to apologize to the honourable MEC for Education, Me Dikeledi Magadzi, the HOD, Senior Management and all my colleagues. I also would like to apologise to learners, teachers and parents of Eric Louw High School.”

Dr Phaswana said that as a circuit manager it was expected of him to display the highest professional standards and ethics at all times. “As an adult professional, I should not have allowed my emotions to get out of hand, irrespective of the cause. I have erred. I am now asking for forgiveness from everyone affected,” he said.

Speaking to the Limpopo Mirror for the first time after weeks of mixed reactions from the social media and people with interest, Dr Phaswana did not want to say much. He quoted from the letter to the Galatians, which says: "My brothers, if someone is caught in any kind of wrongdoing, those of you who are spiritual should set him right, but you must do it in a gentle way. And keep an eye on yourselves, so that you will not be tempted, too" (Galatians 6:1).