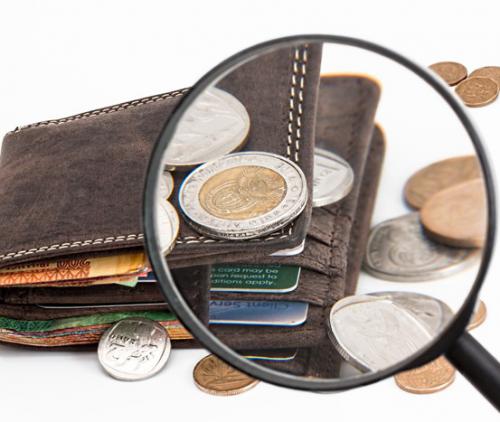 NLC keeps on giving - but not much to see here

The strange tale of the Lotto funding in the Vhembe district has taken a new turn. Last month we reported on payments totalling R9.84 million made to a local non-profit organisation (NPO), Vhembe Health & Fitness Centre. The NPO was unable to supply details of how most of the money was utilized.

It has now been revealed that Vhembe received another R2.5 million, according to the National Lottery Commission’s (NLC) latest annual report, which lists all grants it has paid in the 2017 financial year.

Vhembe Health & Fitness Centre has received three pay-outs from the NLC in 2014 and 2015. In July 2014, it received R2.5 million and in February 2015 a further R3 million grant was given to them under the Sport & Recreation category.

An amount of R4.35 million was also paid to the NPO in September 2014, but this time it was done under the “Miscellaneous” section. It later transpired that Vhembe Health & Fitness Centre was used as a conduit by the NLC and the real recipient of the R4.25 million was an organisation called Tshedza Arts, Culture & Sports Development. The money was for a “heritage festival”, according to the NLC.

The NLC has confirmed that a further R2.5 million was paid over to Vhembe in 2017, something that was not mentioned in responses to earlier media enquiries sent to the NLC.

In our earlier report, it was mentioned that Vhembe Health & Fitness Centre has two siblings, one for profit and the other a non-profit organisation. One is a closed corporation, first registered in 2004, which runs the Gym4U franchise, with branches in Thohoyandou, Louis Trichardt, Seshego and Nzhelele. This company belongs to Ndwelani (Junior) Makhado. In 2012, Makhado registered a non-profit organisation, also called Vhembe Health & Fitness Centre. This NPO subsequently applied to the NLC for funding, apparently early in 2014.

Mr Makhado could not provide details on how the millions were spent, when the Zoutpansberger interviewed him. He told us that he was the victim of an armed robbery a few months earlier, in which his cell phone, laptop and vehicle were stolen. All the documentation with details about the projects, were on the laptop, he said. He did, however, claim that the money was utilized to conduct a series of training workshops in several areas, including Madimbo and Thohoyandou. During these sessions the participants were assessed in terms of different factors, including their Body Mass Index (BMI) and advised on how to follow a healthy diet. The activities also included fun walks, sport events and specific activities to include people with disabilities. A gala dinner was held to recognise some of the achievers, he said.

Mr Makhado promised to search for photos or any other documentation that could shed light on how the millions were spent, but has so far not done so.

Back to the NLC for answers

The Zoutpansberger approached the NLC again for more details on the Vhembe Health & Fitness Centre funding. The NLC’s senior manager tasked with dealing with legal issues, Mr Tsietsi Maselwa, side-stepped the direct questions by simply stating that satisfactory reports had been submitted by Vhembe Health & Fitness. He said that the R8 million grant was paid in three tranches and prior to every payment being made the NLC ascertained whether the progress reports submitted were satisfactory.

Mr Maselwa was also asked about the possible contravention of the regulation that states that an NPO that receives funding for the first time must produce two consecutive years’ audited financial reports. Vhembe Health & Fitness only submitted one set of financial statements to the Department of Social Development’s NPO Directorate, which was for 2013. This would make sense, seeing that the NPO was only registered in September 2012. The turn-over for the whole of 2013 was R6 000, while the turnover for the three months in 2012 was R5 000.

Vhembe Health & Fitness did submit two years’ audited statements, according to Maselwa. “We can’t comment on how they only submitted 2013 financials to the DSD. In the NLC records the financials were submitted as required,” he said.

But who is Vhembe Health & Fitness Centre?

As mentioned earlier, the chairperson of the NPO is also Ndwelani (Junior) Makhado. The latest Companies and Intellectual Property Commission (CPIC) records show that Mr Makhado is a director of five other companies, some of which are in the process of being deregistered.

The deputy chairperson is listed as Humbulani Tshifhango, the secretary is Patrick Tshikukuvhe, the treasurer is L Makhado (Ndwelani’s former wife) and the club’s General Manager is D R Mulaudzi. From what could be established, the secretary, treasurer and the club’s general manager were never active in the NPO and some of them denied ever being involved in the financial affairs of the NPO.

When the NLC was asked about the issue of the lack of involvement of office bearers, Mr Maselwa explained that various checks are done prior to grants for funding being approved. “But there is no requirement (that) the NLC ascertain whether the office bearers mentioned on each application submitted are aware that their names are listed as office bearers,” he said.

The name of the deputy chairperson of Vhembe Health & Fitness Centre, former school teacher and now farmer and businessman Humbulani Tshifhango, created more interest. Tshifhango, according to the latest available CIPC records, is a director of ten companies, of which three are listed as still being in business. The best known of his businesses is the Konani Pfunzo Comprehensive Learning Centre, which operates in the Dzanani area.

Transparency you battle to see

In the previous article it was mentioned that, when Vhembe Health & Fitness Centre was used as a conduit, R4.25 million was channelled to an NPO called Tshedza Arts, Culture & Sports Development. “Tshedza Arts Culture and Sport Development was funded to implement a project for the heritage week. This was largely a heritage festival with a variety of activities including traditional initiation workshop, a fun run, kid’s day events etc,” Mr Maselwa from the NLC wrote.

The chairperson of Tshedza, Mr Shandukani Nesengani, confirmed that part of the money was used for the 2014 Phalaphala FM Royal Heritage Festival, but said that the project also funded other activities.

Mr Nesengani refused to reveal any information about his NPO’s projects, claiming that there was a confidentiality agreement in place between the organisation and the NLC, which prohibits them from speaking to the press.

When Mr Maselwa was confronted with this, he referred to legislation governing the release of grant information. He also attached the Lotteries Act (1997), highlighting Clause 8 which states that no person may in any way “disclose any information in connection with any grant application or a grant itself.” The regulations, however, are specifically for distribution agents, which oversee grants, and not applicable to either NPOs or members of the public.

“My interpretation is that beneficiaries are free to discuss their projects with anyone, but the NLC cannot force them to do so,” Maselwa said.