Marno van Zyl from Louis Trichardt managed to keep up a grueling pace, which enabled him to finish ahead of his closest rival, Douglas Archer, and win the junior men's category.

Mountain bikers having to work for positions 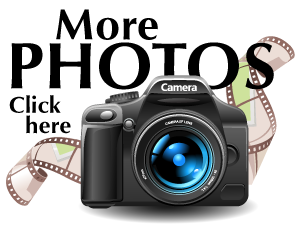 Mountain biking – and cross-country biking in particular – is generally not for the fainthearted.

This year's participants of the annual Cycle Centre Challenge had to battle it out on an extremely muddy and slippery Cross Country track. As in the past, the race was hosted in the Komatiland Forests, on the locally constructed track.

This year’s event was, sadly, characterized by poor attendance, partly because of the rainy weather. The muddy track proved a challenge for visiting participants from other places, such as Tzaneen and Polokwane. From the word go, local cyclists proved their mettle on the track as they were more used to it.

Local cycling talent Kombo Bere had a powerful race in the Junior Men U/23 category, finishing his four laps in a time of 65:23:01; a whole 12 minutes faster than his time last year. He closest rival and also a local, Gehart Meyer, finished just over nine minutes after him in second place in a time of 74:55:01. Francois Labuschagne also from Louis Trichardt finished third in a time of 83:16:01.

In the Junior Men 17-18 category (four laps), local cyclists Marno van Zyl and Douglas Archer battled it out for top honours. Douglas kept up a gruelling pace, mere seconds behind Marno during all four their laps. Marno only managed to shake off Douglas during the fourth lap, finishing almost two minutes ahead of him in a total time of 77:57:01. Douglas finished second in a time of 79:21:03, with Lean Kahts in third in a time of 105:14:21. The only girl in this category was Joleen de Swardt from Louis Trichardt, who finished the race (three laps) in a time of 65:51:03.

In the Youth Men 15–16 category, Richard Lambert from Louis Trichardt lost out on the first place by seconds. He was up against nationally ranked cyclist Dawie Grobbelaar, who recently moved to Louis Trichardt. Dawie overtook Richard during the second lap and finished the race in a total time of 55:58:01, 12 seconds ahead of Richard, who finished in a time of 56:10:01. Benj Baber finished third in a time of 61:03.

Richard Lambert from Louis Trichardt, mere seconds ahead of Dawie Grobbelaar during their first lap in the Cycle Centre Challenge. He eventually finished second in the youth men's category.